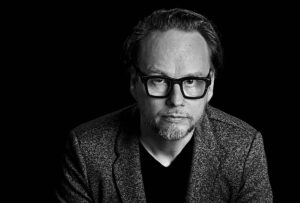 Matthias Haenisch is a researcher, lecturer and curator working in the fields of contemporary music and sonic art. His work focuses on transdisciplinary aesthetic practices, transcultural education, distributed creativity and artistic research in the era of postdigitality and posthumanism.

He is co-founder and member of the joint research project ›MusCoDA – Musical Communities in the (Post)Digital Age‹, which investigates songwriting processes as an example of collective creativity in (post)digital communities (University of Erfurt, University of Education Karlsruhe; funded by the Federal Ministry of Education and Research; term: 2020-2024).

He was also co-founder and member of the joint research project ›MuBiTec – Music Education with Mobile Technologies‹, where he was involved in the subprojects ›LINKED – Musical Education in Postdigital Communities‹ and ›LEA – Learning Processes and Aesthetic Experiences in App Music Practice‹ (University of Cologne, University of the Arts Berlin, University of Erfurt, University of Lübeck, Nord University Bergen; funded by the Federal Ministry of Education and Research; term: 2017-2021).

Since 2018 he has been working as a lecturer in Transcultural Musicology and Historical Anthropology of Music at the Department of Musicology and Media Studies at Humboldt University Berlin. Since 2021 he is a faculty member of the University of Applied Sciences Clara Hoffbauer Potsdam, where he teaches sociology and anthropology of music, popular music studies and performance studies and where he is currently the interim Head of the BA Program Music Education in Social Work. In addition, he provides workshops on digital improvisation, composition, and production practices for the Bundesverband Musikunterricht (BMU) and the Verband der Musik und Kunstschulen (VdMK).

Haenisch studied musicology at Technische Universität and Freie Universität Berlin, and completed his studies with a master’s thesis on the aesthetic perception of sound and performance in the work of John Cage. During his doctoral studies he carried out ethnographic fieldwork in the Berlin scene of improvised and experimental music, investigating the micro-sociology of musical interaction particularly with regards to the materiality and corporeality of performance practice. His research and teaching interests concern topics at the interface of performance studies, material culture studies, popular music studies and sound studies. The theoretical background of his work includes System Theory (Luhmann), Actor Network Theory (Latour)  and Mediation Theory (Hennion), New Materialism (Barad) and Critical Posthumanism (Wolfe) His empirical approach includes methods of qualitative social research, ethnographic fieldwork and performance analysis. Before switching to academia, he worked for many years as a freelance musician and as a project coordinator in the cultural event industry.